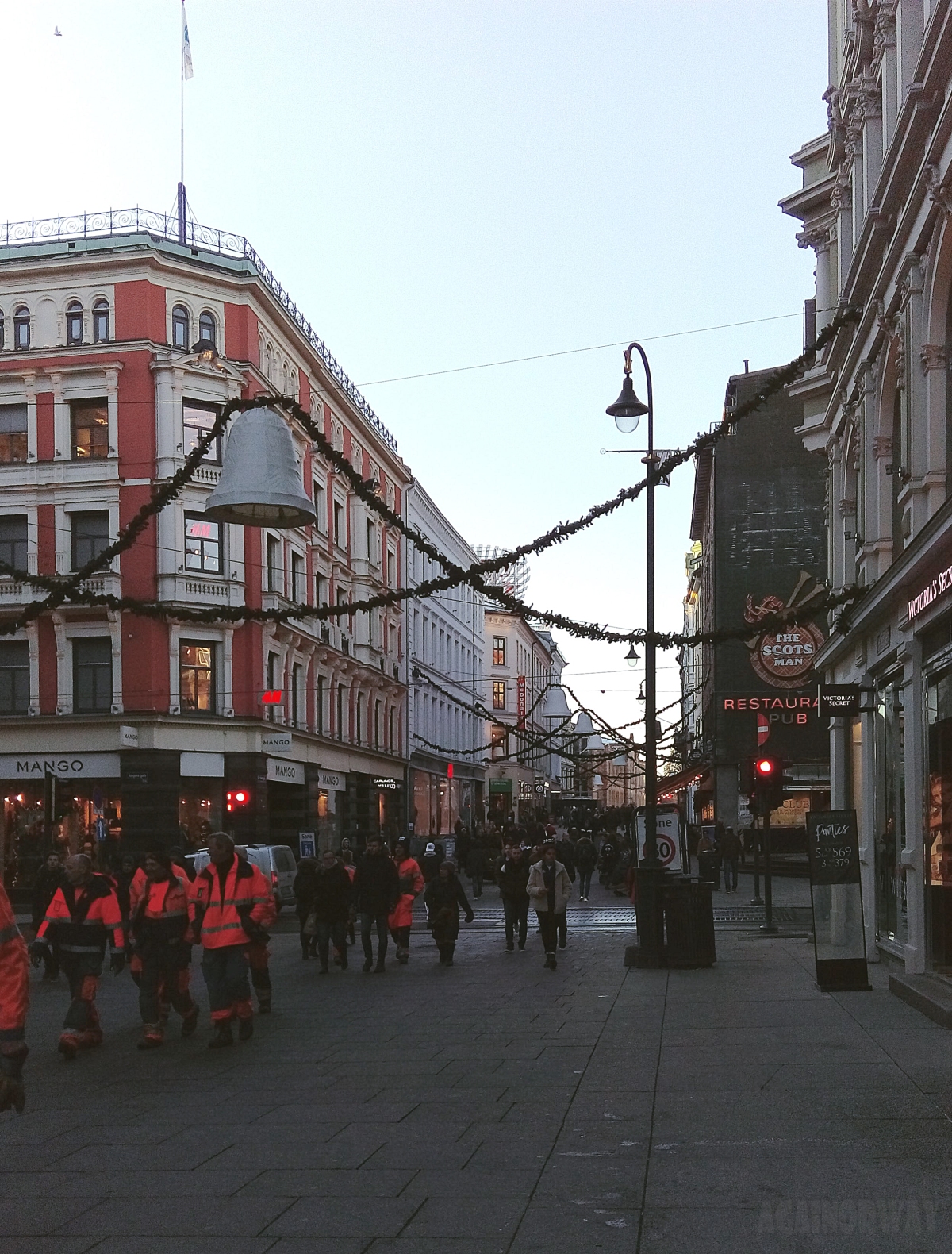 It’s Wednesday, middle of the week, middle of November. Oslo is already dressed up for Christmas. The bells are hanging up through the main part of Karl Johans gate, which is the most famous street in the capital of Norway. And this is where I spend those few hours with my friends. 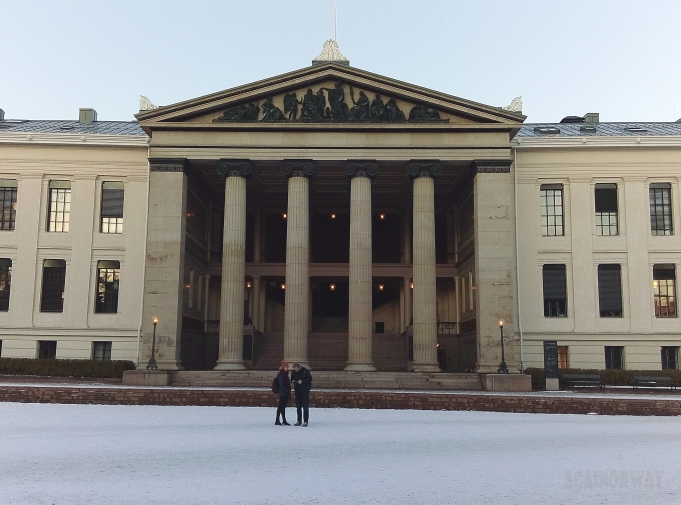 The city is covered with first snow, laying on the paths to people’s destinations, mainly work places. It’s not weekend, but there’s a lot of crowd, especially on the main street. We walked slowly by the stores, admiring christmas-ish-decorated shop windows and went for little hunt for good Norwegian sweater. 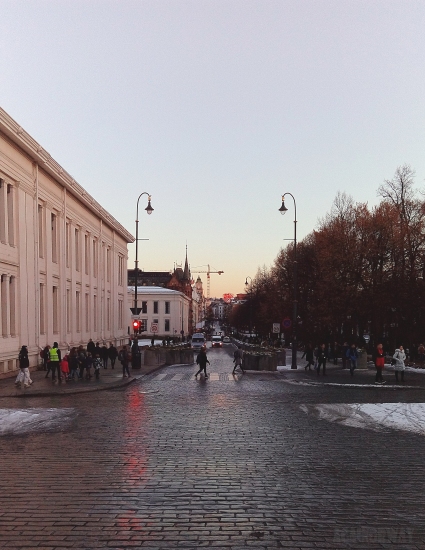 Karl Johans gate is the main street of Oslo mainly because it’s a way to the royal residence, which is located in the end of it. The royal residence is one of the biggest attractions of this city, that’s why we decided to go there (my friends haven’t been there before). And with only two or three hours to spare, you have to decide wisely. 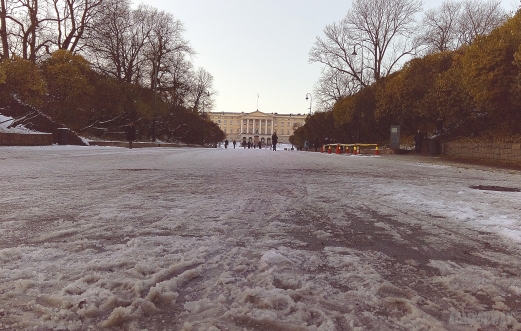 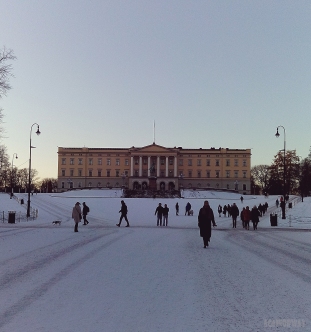 The building is in neo-classical style with a facade of stuccoed brick, and was completed in 1849.
The Royal Palace Park surrounds the palace on all sides and features grassy areas, majestic trees, small ponds and statues, which creates amazing place for spending time with your family or friends. 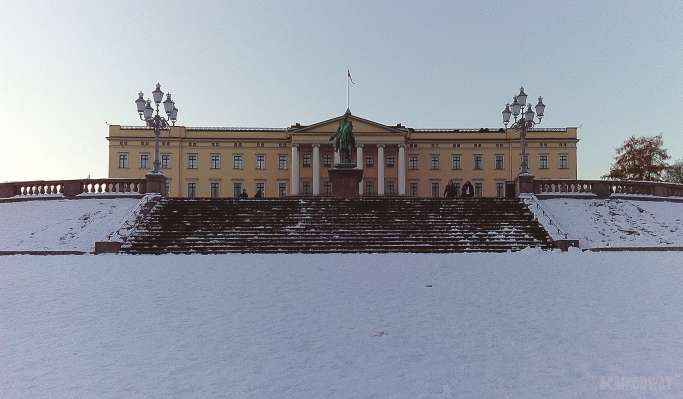 The statue itself is a statue of the King, Karl Johan. King Carl III Johan (1763-1844), the son of a lawyer from Pau, France, became king of Norway and Sweden in 1818. He took the motto “Folkets kjærlighet – min belønning”, meaning “The people’s love is my reward.” 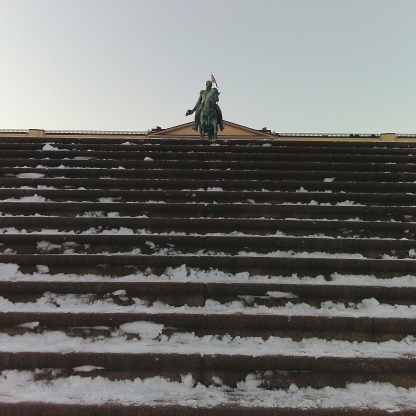 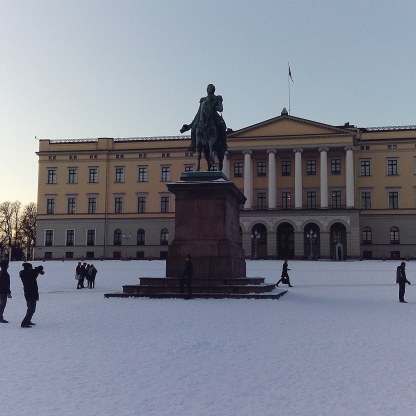 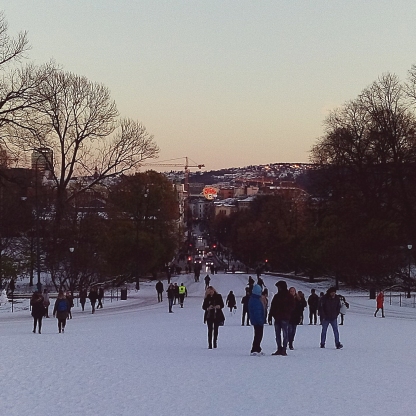 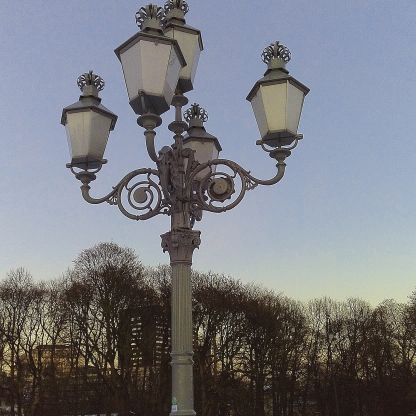 An important fact is that on the 17th of May, on the Norwegian Constitution Day’s, there’s big parade of all Norwegians, going through whole street up to the royal residence. It’s a must-see for everyone who loves this culture and country. Also, the King and the Queen are seen on the balcony during this parade. So if you want to see them live, you can’t miss out on this day. 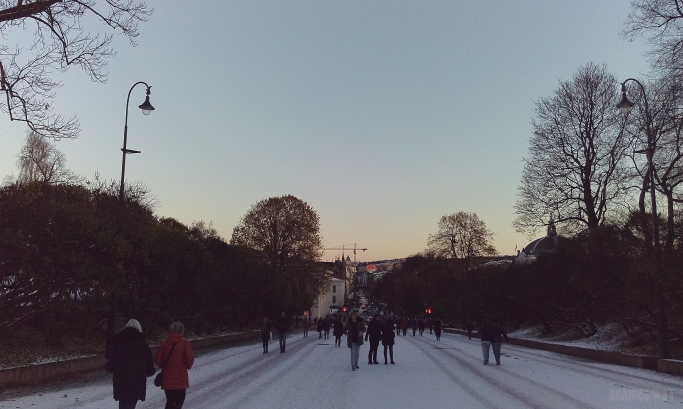 As I said before, we didn’t have much time, only few hours. And as it is Norway, it started to become darker every minute. We arrived to Oslo mainly to go to karaoke place and have fun singing (we don’t have karaoke places in Hamar), so we decided to go down the road and head to our final destination. 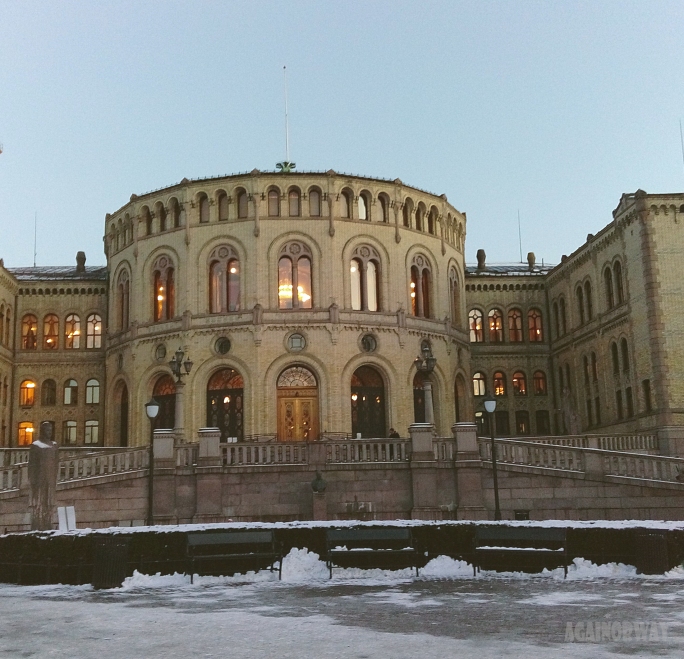 After we had finished our karaoke session, it was too dark to take pictures. We basically went to the train station and waited for closest train leaving in Lillehammer direction (which goes through Hamar).

Hope you all have a nice weekend!