If there’s nothing to do on Sunday’s afternoon, we drive one hour just for a walk by Mjøsa. And we never regret it. 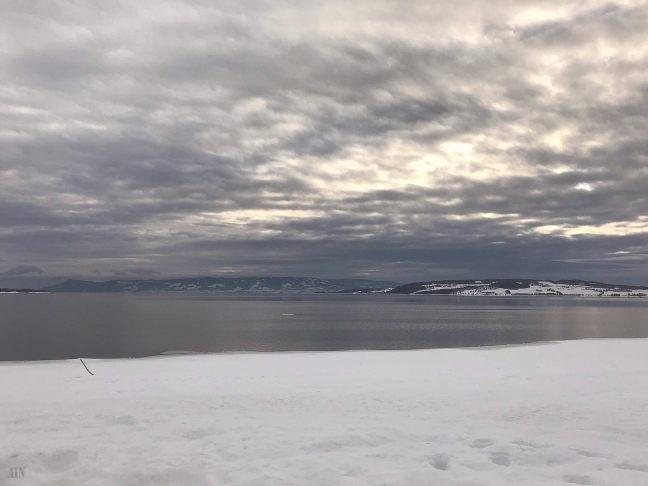 There’s one quite bad side of living in a small town in Norway: on Sundays barely anything is going on. Especially now, in winter (which, for some reason [global warming] is now disappearing), where people prefer to be cozy in their private spaces.

When shops are closed, public places like coffeehouses are non-existent, and the only two paths for a walk you walked so many times already you don’t find them interesting anymore – it’s a good choice to drive somewhere else. Even if driving somewhere means one hour of drive, still. 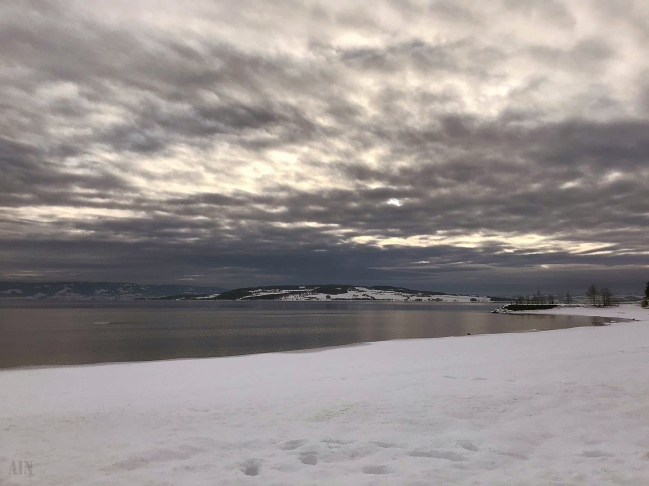 Because those afternoons in a small town, on a sofa with a TV can be somehow depressing. If you’re used to an active lifestyle or just being busy all the time, then when you’re finally able to do nothing you feel uneasy. At least that was our case – we just had to go to Hamar, once again. 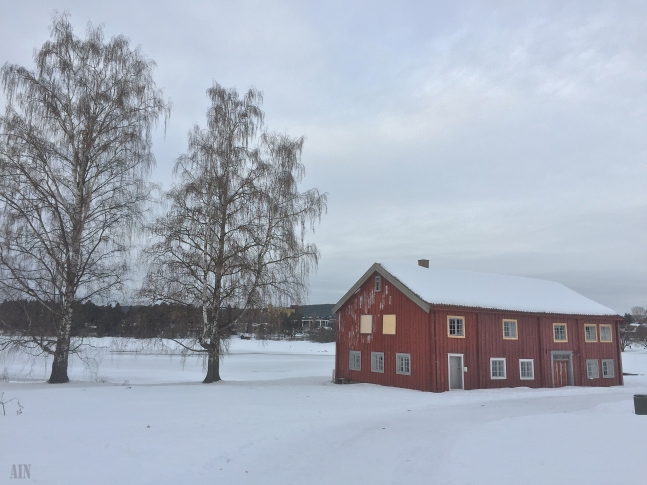 It was lovely weather, not too much sun though. The car was promising it to be around 3 degrees, but it felt like at least minus 5, to be honest. Maybe because we went for almost two hours walk or just simply because we were by the biggest lake in Norway. Something like that.

Whether or not you like winter or walking, there’s something about being by the lake and breathing in the fresh air that makes people happy. Or just smile. I can be red-eared and red-nosed but I always feel better than ever after such a long walk alongside Mjøsa.

I miss living there because I could just go by the lake every day, whenever I had free. I remember this lonely winter last year, when I went there in free afternoons after classes, to one spot by the lake on a little bench. So peaceful, so quiet it was.

I think it’s important to come back from time to time to places that mean a lot to you. To see the same spots with deeper, wiser sight, so maybe new interesting things can come out of the observation. Or just to simply be a little bit melancholic. It killed no one, being lost in one’s memories.

This one up here is simply for the sound effect (besides this first second, I didn’t have enough time to cut it out).

Hope you guys are having a great week so far and see you, as always, on Sunday!