It makes you throw flames at the others, even though you aren’t a magician. It burns you out as quickly, as the words you shoot at those poor people, who happen to be nearby you. Aggression.

However, aggression isn’t that easy to explain. It’s a very complicated and complex feeling, that usually has its source in… fear. I would say that there are two types or stages of fear: the passive fear, when you don’t do anything besides feeling the fear, and the active fear, called aggression (that’s just how I think, take in note that I didn’t study any psychology). 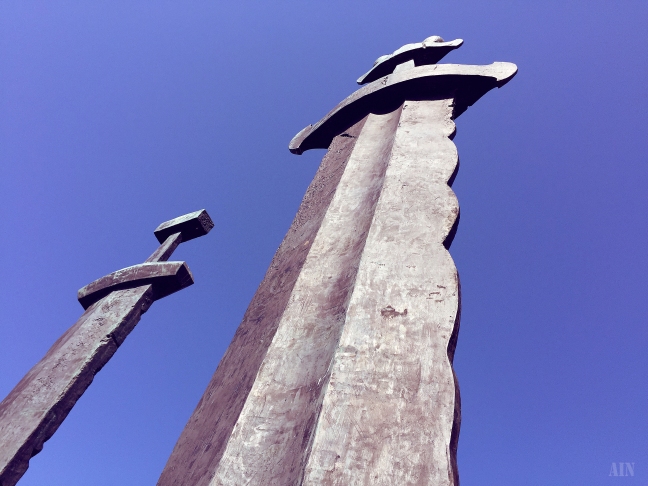 You know those bullies at school? Most of the time those aggressive (and usually also “massive”) boys or girls are, in fact, full of insecurities and fear. They fear, that someone may say to them all those things that they say to others. So kinda they move attention from themselves to the others, who usually are smaller, and less significant (in theory).

Aggression can also appear from the fear of losing something. Certain things or people were taken from us or walked away from us and now the fear of losing new things or people is stronger, therefore comes the aggression. The intention is never to hurt someone, but the result is always the same: people walk away anyway. Aggression and fear is something other people tend to avoid. And they have all right with that decision.

But what can one do, if one identified aggressive behaviors in themselves? The first thing is that the main goal was achieved: you realized that there’s something wrong, something that needs to be fixed or changed. You can’t grow or go anywhere in life if you don’t see the road, can you? So when you already identify the aggression in yourself, you should be aware every time you feel aggressive. To be aware of feelings is to have control over them. Because, you can believe or not, you can control how you feel at the moment. It just takes time. But it’s possible.

I know those topics are hard and somehow could be taken personally. But who else writes about that? I tend to choose hard topics and I like that because life isn’t rainbows and I’m here to help your life be a little less “rainy”.

I hope you guys still have a good weekend anyway and see you on Wednesday!