This time it was beautiful Slottsparken (Palace Park), Aker Brygge with Tjuvholmen (fancy pier in Oslo) and our usual burger at Amundsen Bryggeri & Spiseri. One day but so much fun!

I won’t complain about the current weather in Norway because I did it already in the previous post. However, it was still better than usual, so we went on a 2-hours drive to the capital. Although before entering the city itself, we went to IKEA to grab some essentials. We just wanted to buy some kitchen hammer and muffin forms but we ended up buying livingroom lamp… well, life.

We headed first to see around Nationaltheatret (National Theatre) because we have never been there. It was just a statue of the previous Norwegian king, a nice flower-bed of purple flowers and view over the city. Still close enough to centrum, so we just walked into Karl Johans gate (main street of Oslo). 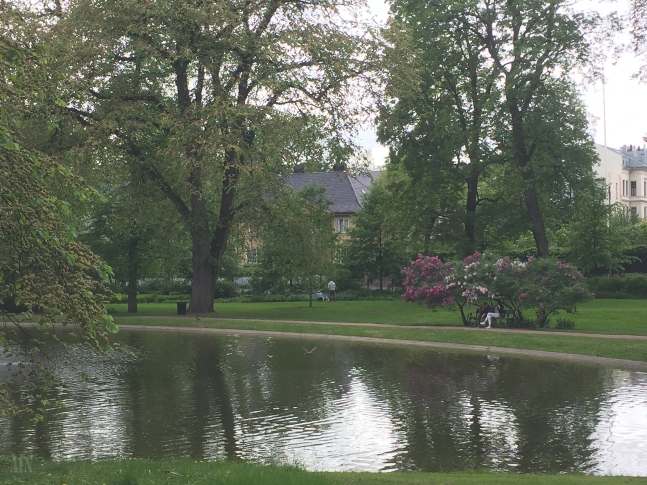 Slottet is the palace situated at the top of Karl Johans gate and is the king’s place. Behind Slottet is Slottsparken (Palace Park) and that’s where we headed. I have been there once before in June last year, but I don’t remember it to be so magnificent as I saw it this weekend.

Perfectly trimmed lawns, cute pond with ducks and colorful flowers and trees. Is there any better place for an afternoon walk in May? After that walk, we went to Aker Brygge for a beer outside (remember guys to always have an ID card with you when you want to buy alcohol in Norway. I didn’t took it so we had to look for another pub).

We didn’t have much more time left because of parking, so straight after Aker Brygge we went for Amundsen burger and we had to end our trip. Trust me, even just 3-hours parking in the centrum is a lot of money (it’s still better to come by car than by train). 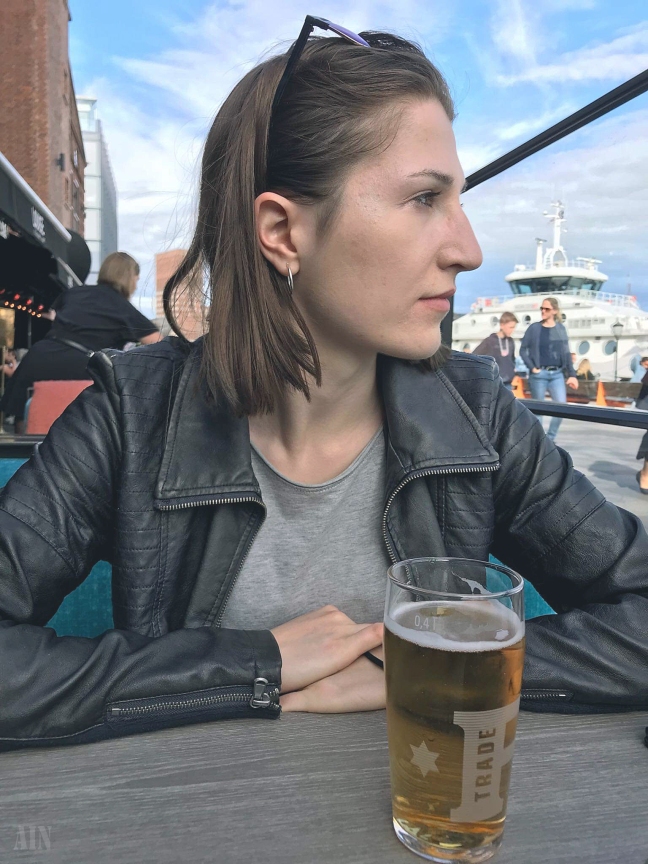 It was a lovely day, as always when we go to Oslo. Hope you guys had a lovely time last weekend also and have an amazing week so far! See you on Sunday! (On the way back we saw beautiful rainbow so I tried to capture it in a video).