Born in Oslo after the Second World War, inspired by André Breton, famous French writer and the leader of the surrealistic movement. He created a whole world himself, just before he decided to end his life. Because life is sometimes too much to handle. But before he did this gruesome decision, he was the most influential modernist poet in ’80s and ’90s.  His works are short, meaningful and for someone who’s not used to poetry – can be quite weird. His poetry isn’t called the background noise of the universe (David Winters at Full Stop) for no reason. Here are some of his poems that I’ve picked (and those who had an english translation).

I shall marry the Goldsmith’s dead daughter

i stand under a tree of hungry hands

i stand under nothing

i am heading to an absolute

mile after mile of desert I left behind me

i am heading to a great despair

that may be vanished only by major doubts

why do i stand silent if i have a mouth

why do i stand still if I have feet

why don’t I see if I have eyes

because i am made of stone

there is something i cannot reach

i do not know what it is

i stretch the arms out after  it

what are you looking for in the sky

i’m looking for a constellation that doesn’t exist

in the human sphere there are not well

so many significant things:

I by my own eyes have to

on the other side of them.

But who could to say

between black and green?

when you examine them under light

Who exists and does not

The forest is alive

You can smell the odor

of the fir branches

amidst the night. The wind

and I will create my broken

and the streaming water, which

and drinks all of us.

sitting on the threshold

in the evening, I hear the neighbour’s laughter

and the reborn flies

around the glare of the oil lamp. 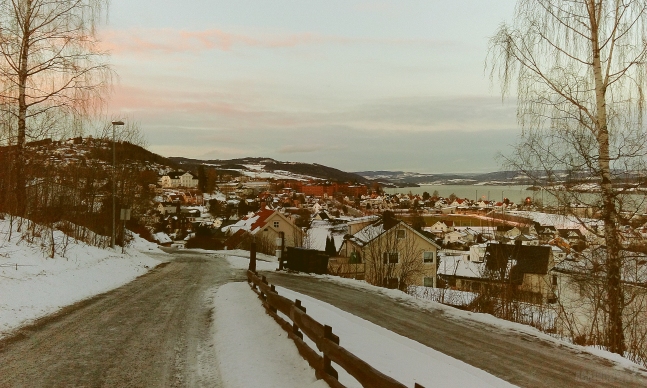 you are thinking about, in darkness

Projected on the hedge

a late summer night, the shadows

Those are the only available poems on a network, which have an english translation. I’m not good enough to translate Norwegian poems for you guys, but maybe someday I will.

Here’s a short film containing three poems by this poet. It’s made by Kristian Pedersen and it really has this surreal effect to it. Really worth watching.

Also, If you want to know more about this poet I recommend checking out this astonishing article: www.tbr-olderissues.com

Hope it was interesting. Have a nice week everyone and see you soon.