Remeber when I wrote about finding the weird statue or stone thing on little island in Hamar? If you haven’t read that, here’s link. As I promised, I will put the translation of the poem that’s on it, and all the information that I could gather about it. Enjoy!

Before translating the poem directly, let me go more historically into it and check who’s exactly this abstruse Lars Saabye Christensen. Before checking out any page on the net, I assumed he must be Danish, because in modern Norwegian names there aren’t any double a’s. And yes, he’s technically Danish, however, he was born in Oslo and speakes and writes in Norwegian, so we can say he has double nationality. 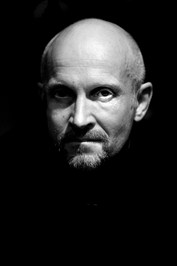 He’s a modern poet, born in 1953, and has quite a collection of artworks. He debuted in 1976 with a volume of poetry called Historien om Gly. He writes works nowadays also, his last work came out last year actually, and it’s a novel called Byens spor.

Going back to the actual poem, it is said that it was written exactly on 22th of July in 2011, so quite recently. This fragment, that’s on the stone, isn’t the whole thing (which is quite understandable), so I’m going to translate the whole thing. This poem is said to be placed on 50 sculptures made by Nico Widerberg and they are around whole Norway (!). I must admit, this is quite a creative way to put your poems to the world.

Hit by flame and shadow I drop all I have in the hands
And see…
Things lose their weight – the sky loses its colour.
Wind loses its sail
Thoughts lose their meaning – and words their force
Night loses its morning – day loses its Sun
I see…

Sorrow is a hard fabric
We are the workers of sorrow
We hammer it, we fold it and curve and form it
Until we see…

Sorrow doesn’t have evoking force
To remember the deceased is to memorise them as they lived
In a moment and a year, in hours and seconds.
To honor the deceased is to fulfill their lives, although nothing becomes the same
Hit by flame and shadow we drop all we have in the hands
And pick up a rose
The rose is right…

All the translations are done by me, so my apologies if there’s something wrong in them, I tried my best. Hope you enjoyed this little post and have a nice weekend everyone!

2 thoughts on “The mysterious stone translation.”