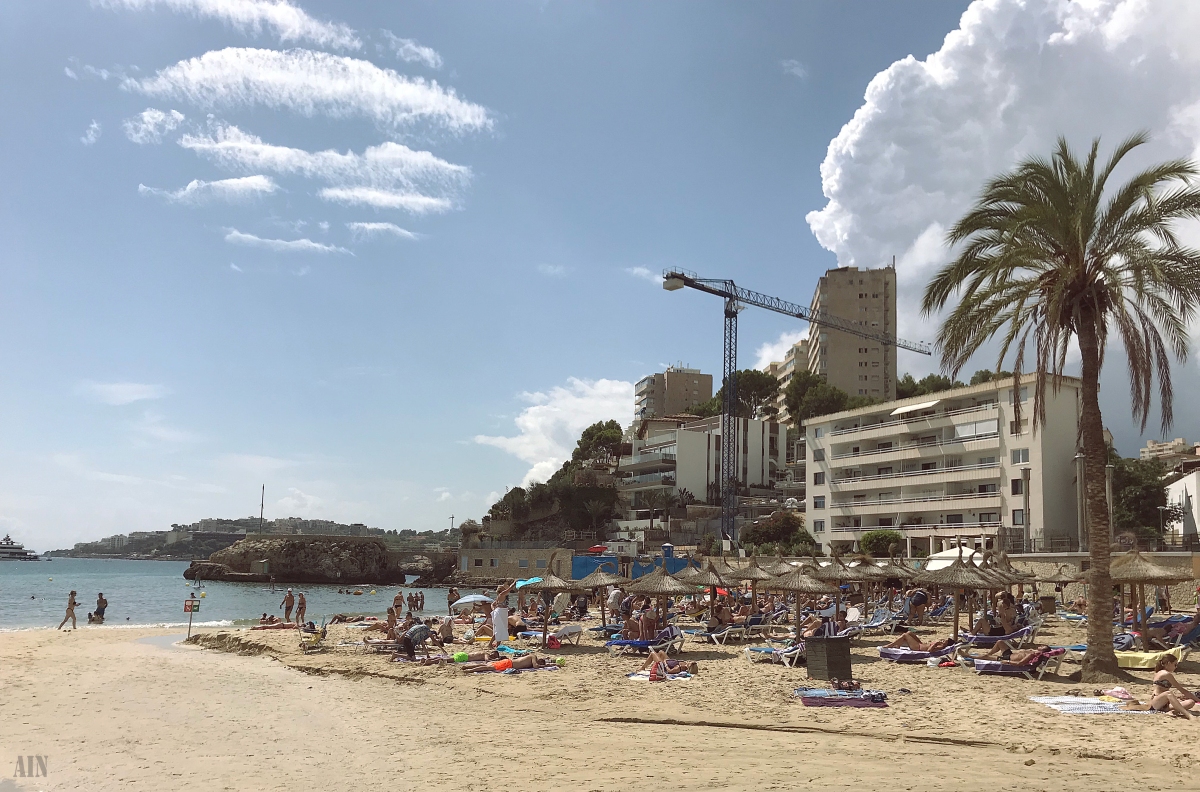 Another day, new adventures. Maybe not the same as in the previous one, but still worth a piece of internet space. Enjoy!

Thunder in the night opened my eyes. Okay, it didn’t happen like that but that would be quite dramatic, wouldn’t it? But actually, I woke up because of thunder, this sound of some big grizzly bear smashing throughout clouds is loud enough to wake someone up. Those flashes of distant bolts were only peeking through our curtains like someone was taking a lot of flashy pictures outside. My favorite type of weather in summer (of course, don’t count sunny days because they’re everyone’s favorite). 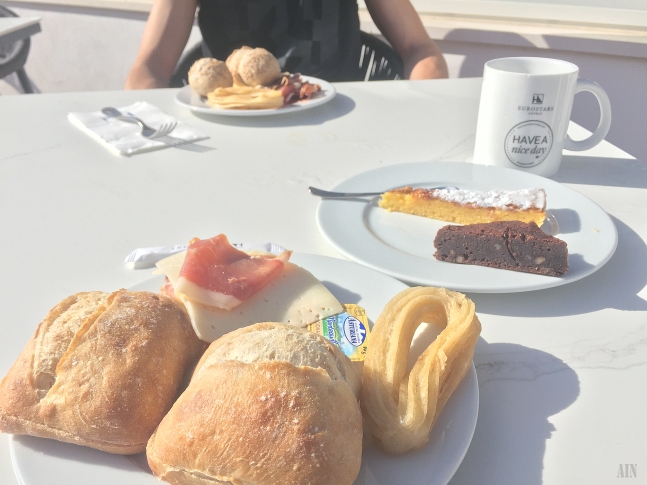 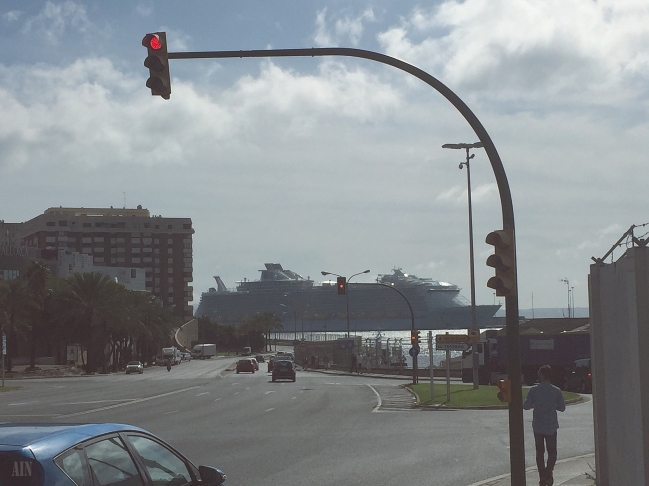 Since the weather seemed to be apparently a lot better than the previous days we decided to head to the beach for the whole day (or at least most of it). When you’re somewhere as long as one week, it’s good to have at least one day like that, when you can choose not to do anything particular. 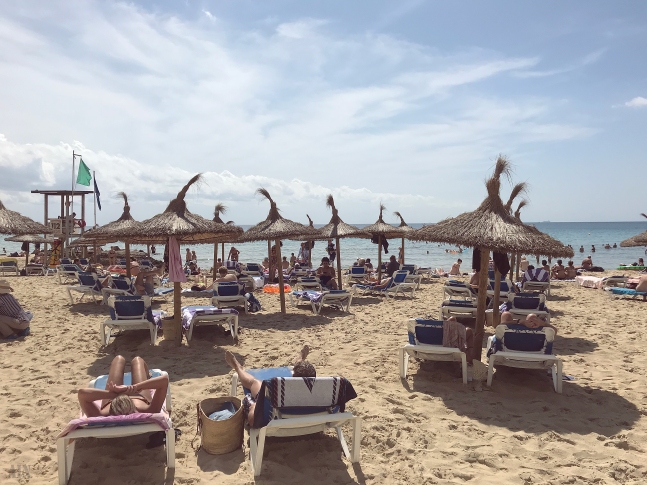 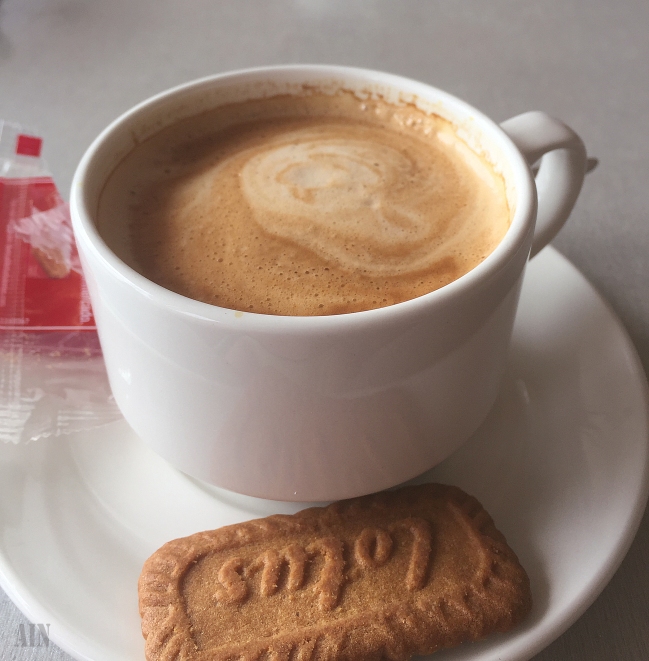 We found ourselves some nice spot on the sandy beach (the Cala Major Playa) and basically just swam and sunbathe for two hours. Of course, you can’t be too long on the sun, so we went to a cafe con leche to the nearby beach bar called Pelicano Beach. 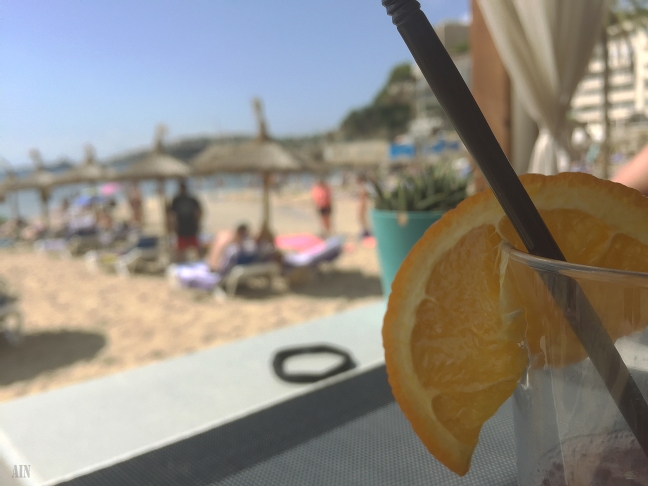 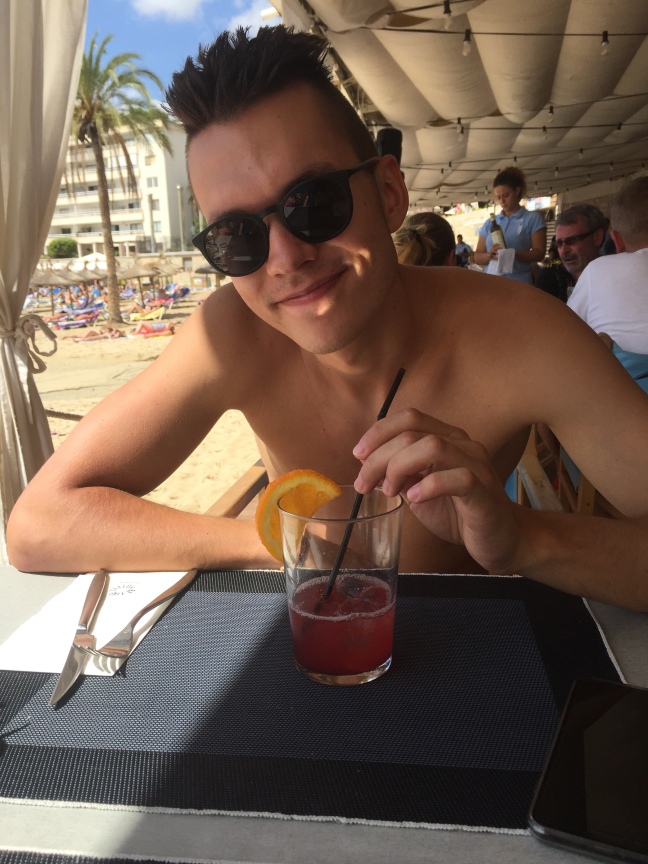 It’s a great place because you can just sit there and watch the sea with a good drink. That’s what vacation is all about. 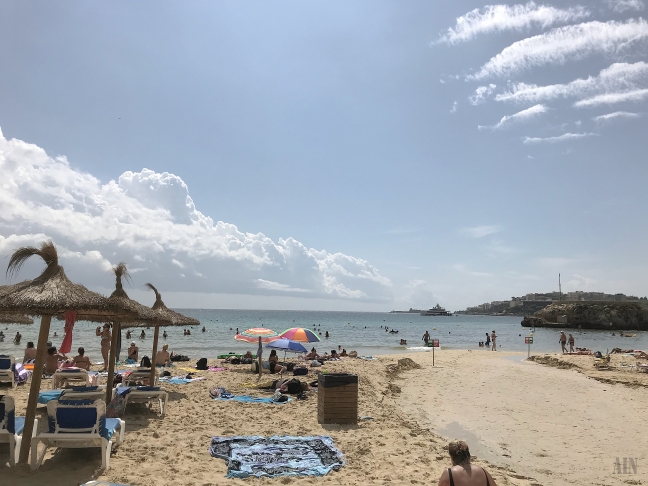 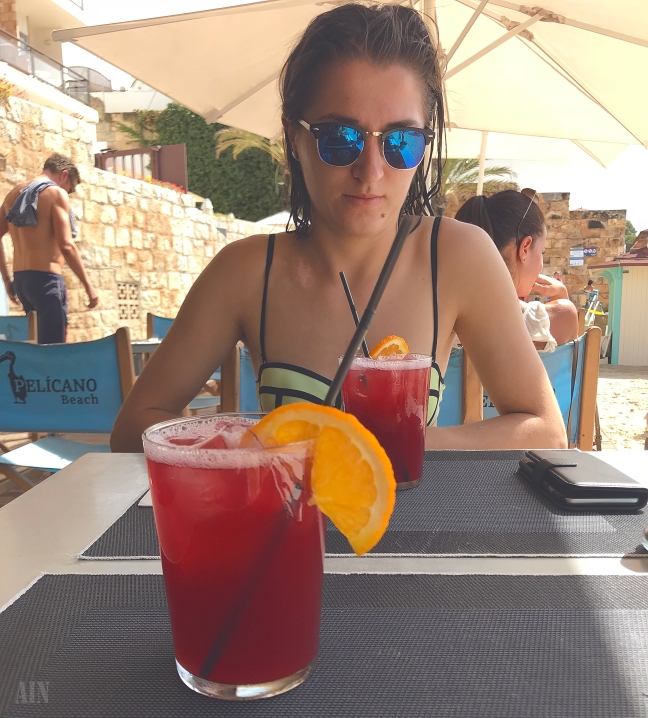 In the late afternoon, we went back to our hotel for a brisk shower and some break from the sun. When laying on the bed and just chilling, I got a sudden inspiration to just draw, so I decided to sketch my partner. It’s nothing much, but it was quite a fun experience for me. Haven’t drawn anything in a while, to be honest (not that I don’t like to do it anymore, it’s just I spend my free time mostly on this platform). 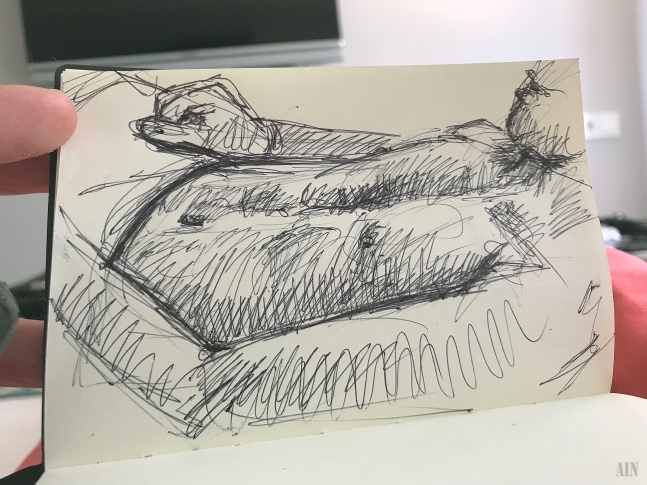 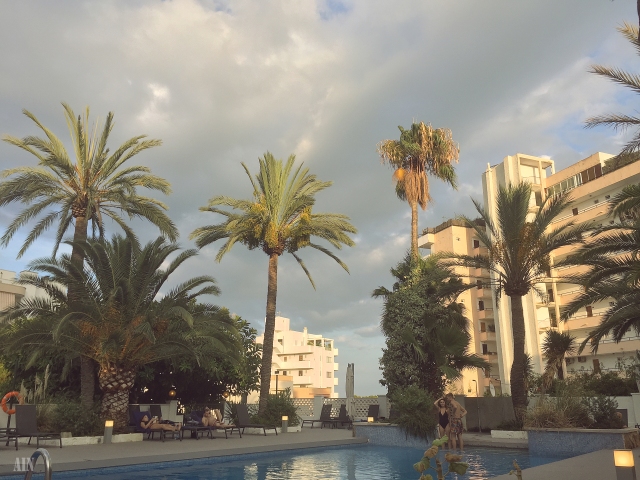 Of course, we couldn’t miss a cocktail that day also. Because what is a trip to Mallorca if not (as one of many things) a cocktail adventure? 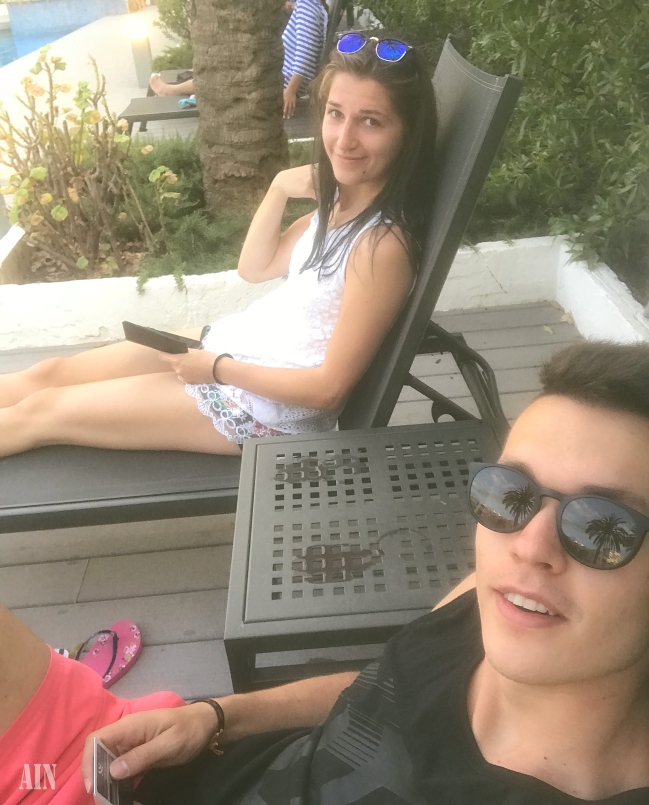 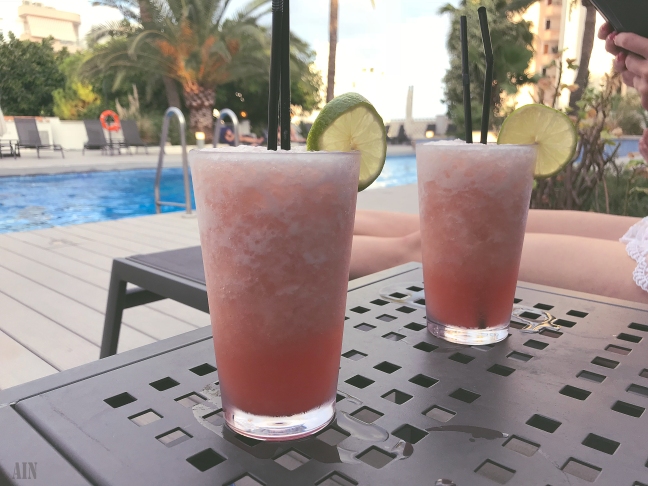 (This part was in the previous Mallorca post, I have mistaken the day it happened, it was actually the day after, so Monday. Sorry for that).We still had quite some time left so we headed to some cozy pub which name I can’t find (but it’s on the same street as Charlotte’s but on the right side). We went on the second floor, on some little balcony with fairy lights. So cute! And we played chess, as we like to do sometimes. 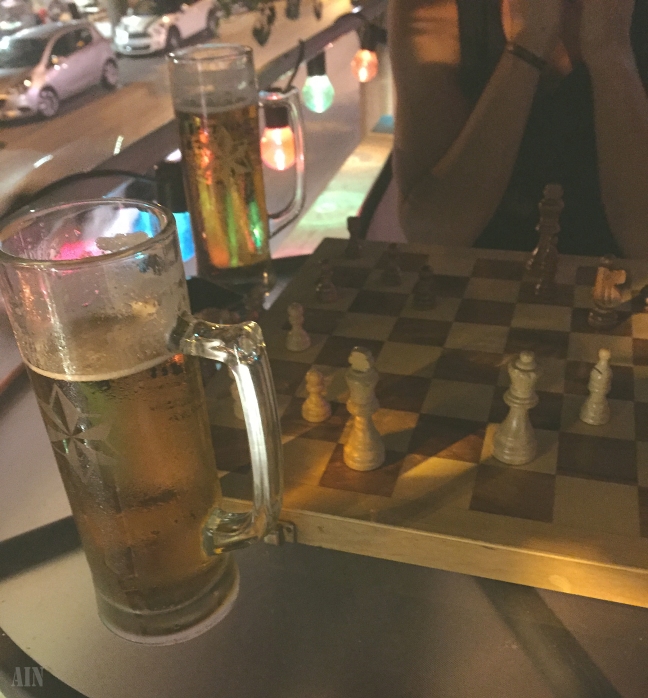 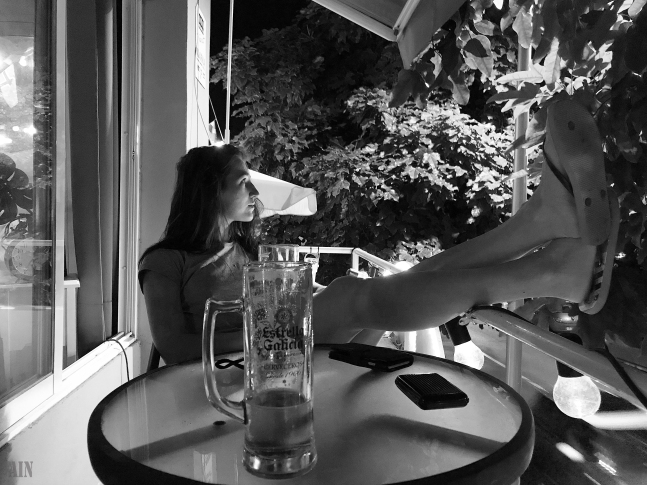 I hope you guys enjoyed another post from the Mallorca trip. I know I should put those posts more close to each other timewise, but I started studying again and it’s hard to find time to write and edit photos. However, I still have a post scheduled, at least for Tuesday, so don’t worry! Have a lovely weekend everyone.